Guillaume Dufay was probably the late medieval composer who in his works best knew how to translate political cultural and intellectual concerns in this time of transition. If his sacred music is a perfect reflection of the new spirituality of the early Renaissance, his secular production, abundant and exquisite, is impregnated with a courtly charm in which, however, it is also possible to perceive a subtle and discreet look into the more mundane and earthly pleasures .
It is precisely this repertoire to which the members of Tetraktys turn their attention, a group specializing in music of the late Middle Ages under the direction Kees Boeke and Jill Feldman. Virtually all the works collected in this compact (11 out of a total of 13) come from one of the most important sources of music of the first half of the fifteenth century, the Manuscript Can. Misc. Boedleian 213 of the Libray of Oxford. The selection of works that Feldman and Boeke offer, supported by harpist Maria Christina Cleary and viellist Jane Achtman, presents some of the most popular pages Dufay wrote (Bonjour, bon mois, La belle se siet or Quel fronte signorille) but also reveals the charm of less frequented pieces in the discography such as las que feray, Helas mon deuil and C’est bien raison. With an excellent presentation and high-quality sound, the real attraction of this album is that in both the best known works and the lesser known, Tetraktys reveals an extremely refined and sensual poetic and musical universe that few performers so far have been able to convey in all its intensity .
With this first album for Olive Music (second from Feldman and Boeke for this label) Tetraktys reveals itself as one of the highlights of the current international medieval-music scene (in fact its members are part of the historical interpretation elite) and sign, without a doubt the best compact that has hitherto been recorded of secular music of the great Dufay.

Jill Feldman is, in my opinion, the greatest singer, of either gender, and of any genre, ever to be recorded. At one time or another I have owned each of the following CDs of hers: Couperin Motets, Lambert Airs de Cour, a Monteverdi collection, Schutz’s Italian Madrigals, Campra’s French Cantatas, two different Purcell CDs, Mazzocchi Sacred and Moral Music, and on this Olive Music record label, Trecento.

Although it is likely the Couperin and Mazzocchi above-mentioned CDs, at a minimum, show off Feldman at her technically most demanding and virtuosic level of singing, in terms of overall album effectiveness, with still plenty of virtuosity and focus on Feldman’s voice, in the whole aforementioned list, this Dufay CD is Feldman’s greatest.

The mark of a world-class singer is that their voice is in you/becomes a part of your being, you share your universal humanity with her/him, as the vocalist. That comes through, of course, in many of Feldman’s recordings, but I’ve never been so overwhelmed at first listen, than to this Dufay CD. I deliberately looked not at all at the label; I don’t know what the songs are about; I didn’t read the translations. I just wanted to sink into another dimension of cognition/mental functioning/serenity, by seeing what Feldman and the other fine musicians on this release could do to me musically, without my being biased or informed in any way about any of the details of the music.

And Feldman and the other musicians on this CD delivered! I still don’t know what the CD is about, only that it took me to another place/another realm/made me appreciate perhaps as never before Jill Feldman as the siren of a singer, putting out there all of our common universal humanity. 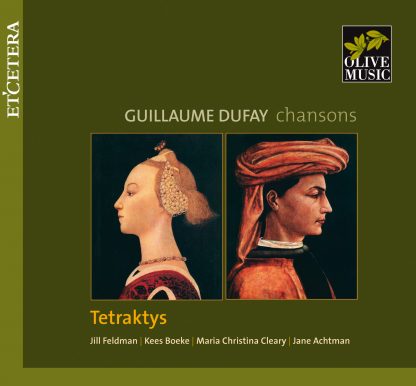