American-born soprano, Jill Feldman, is a leading artist in the field of medieval, baroque and classical performances.  Her highly expressive style combines an agile vocal technique with close attention to the dramatic content, beauty and meaning of the text.

Jill Feldman earned a degree in music from the University of California. Parallel studies in European literature kindled an intense love for the works of Shakespeare and his contemporaries, and led naturally to her immersion in the vocal styles of the period.  She trained with Lillian Loran in San Francisco, Nicole Fallien in Paris, and, in 1980, was awarded an Alfred Hertz Scholarship to perfect her interpretation of early vocal music under the guidance of Andrea von Ramm in Basel.  Shortly thereafter she made her dramatic debut in three productions: in the role of La musica in Monteverdi’s Orfeo staged in Berkeley, California; as Clerio in Cavalli’s Erismena at the Festival dei due mondi in Spoleto, Italy; and on tour with the medieval ensemble, Sequentia, in their much lauded performance of Ordo Virtutum by Hildegard von Bingen.

It was in 1981, at the request of William Christie, that Jill Feldman joined Les Arts Florissants in Paris. With this renowned ensemble she created the title-role of Charpentier’s Médée;  their recording (Harmonia Mundi) won the Gramophone Record Award in 1985, the Grand Prix Charles Cros and the Grand Prix du Disque de Montreux.  Following her success in Médée, at the Salle Pleyel in Paris (1984), Jill Feldman was invited by Nicholas McGegan to tour in the US with his Philharmonia Baroque orchestra and to participate in their award winning performances of Handel’s oratorio Susanna and the cantata Clori, Tirsi and Fileno (Harmonia Mundi USA).

Since then, over 50 recordings have followed including solo recitals of English and Italian 17th century music, and the music of Charles Ives. Concerts of medieval music with ensemble Mala Punica and ensemble Tetraktys include tours of Europe, Asia, South America and the United States.

Jill Feldman has appeared under the direction of such distinguished musicians as Frans Brüggen (Haydn’s Creation), Andrew Parrot (Handel’s Carmelite Vespers EMI), Jordi Savall (DeLalande Motes), and René Jacobs (Cesti Orontea, Cavalli Xerses Harmonia Mundi). She incarnated the role of Armida in Stradella’s Lo schiavo liberato at the Teatro di Modena and for the Festival de Liège, and the title role in La Vita Humana of Marazzoli at the Tramway in Glasgow. She sang the role of Minerva in Monteverdi’s Ritorno d’Ulissi in Patria at the Concertgebouw, Amsterdam,and the role of Belinda in Purcell’s Dido and Aeneas for the Opera du Rhin in Strasbourg. She performed in the Bach Magnificat at the Palais Garnier, Opéra de Paris as well as in Rameau’s Anacréon for the Edinburgh Festival and the Opéra de Versailles. In the realm of contemporary music, Jill Feldman performed  in concerts at the Villa Medici in Rome, Santa Maria della Grazia in Milan, the Ysbreker Festival in Amsterdam, and the Ars Musica Festival in Brussels. Recently, she performed in the 2015 Dutch tour of the contemporary opera production”Marieken in de tuin der lusten” written by Caliope Tsoupaki.

Jill Feldman taught at the Royal Conservatory in The Hague for 35 years, at the Hochschule für Musik und Theater in Zürich for 16 years, for the Accademia di Musica Antiga in Portugal, for the Amici della musica di Firenze, and for the Academia dell Arte/ Furman University SC in Arezzo Italy. She has also been invited to teach masterclasses in Tokyo, Hong Kong, Seoul, and Jerusalem. With her husband Kees Boeke, she has been co-director and vocal teacher of the Settimana Musicale del Trecento in Arezzo since 2016. 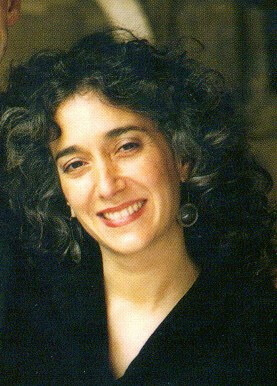 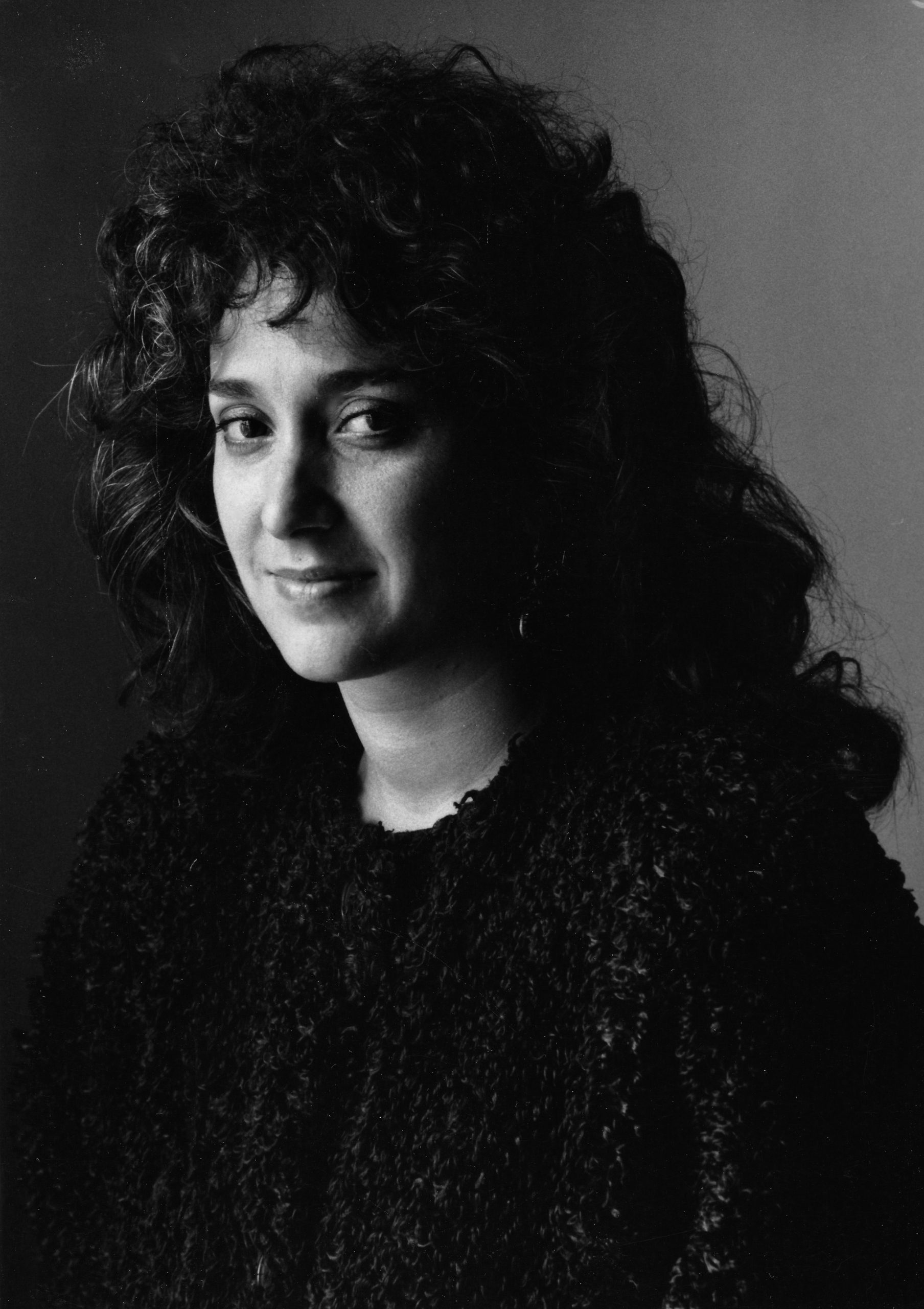 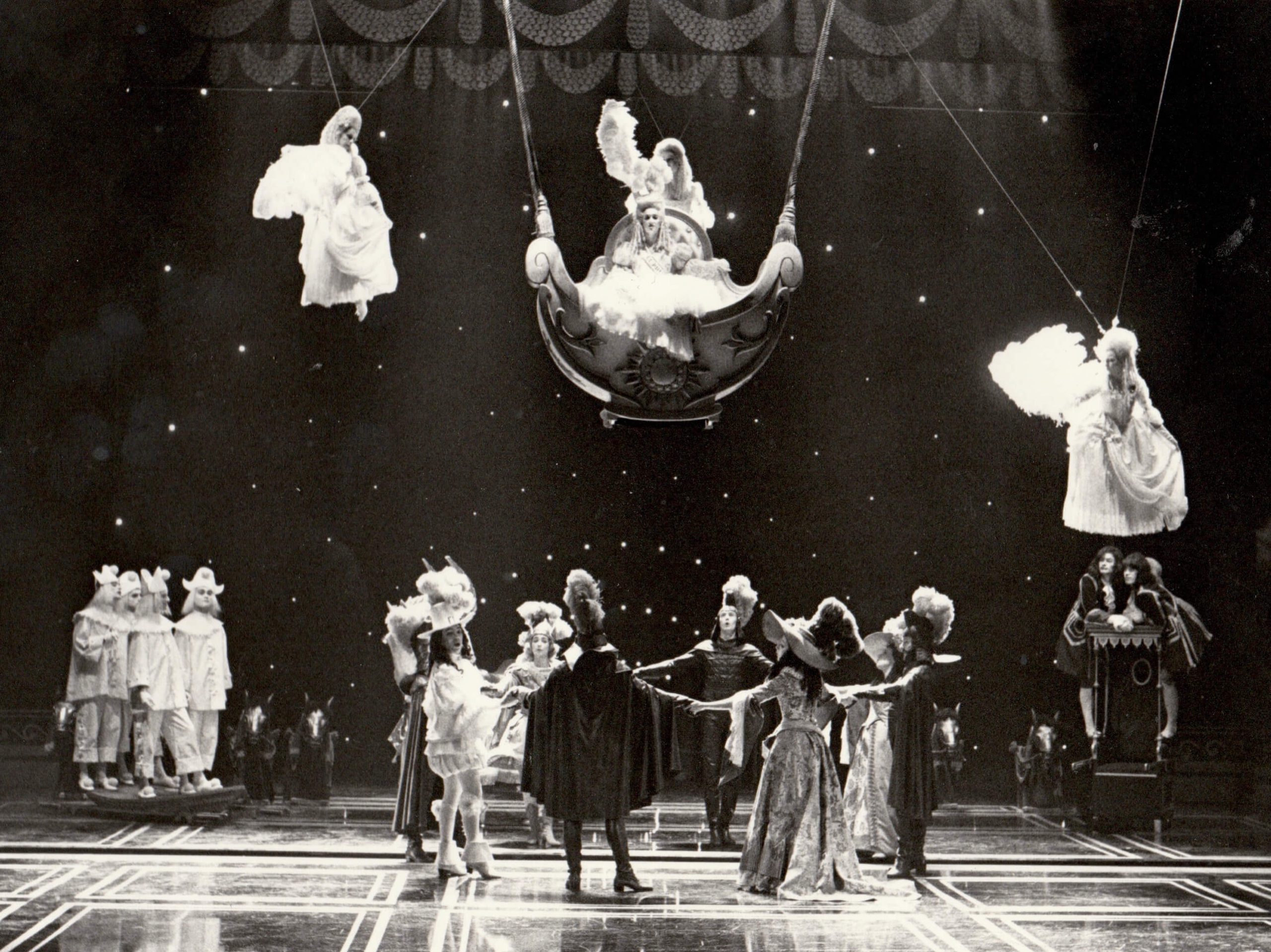 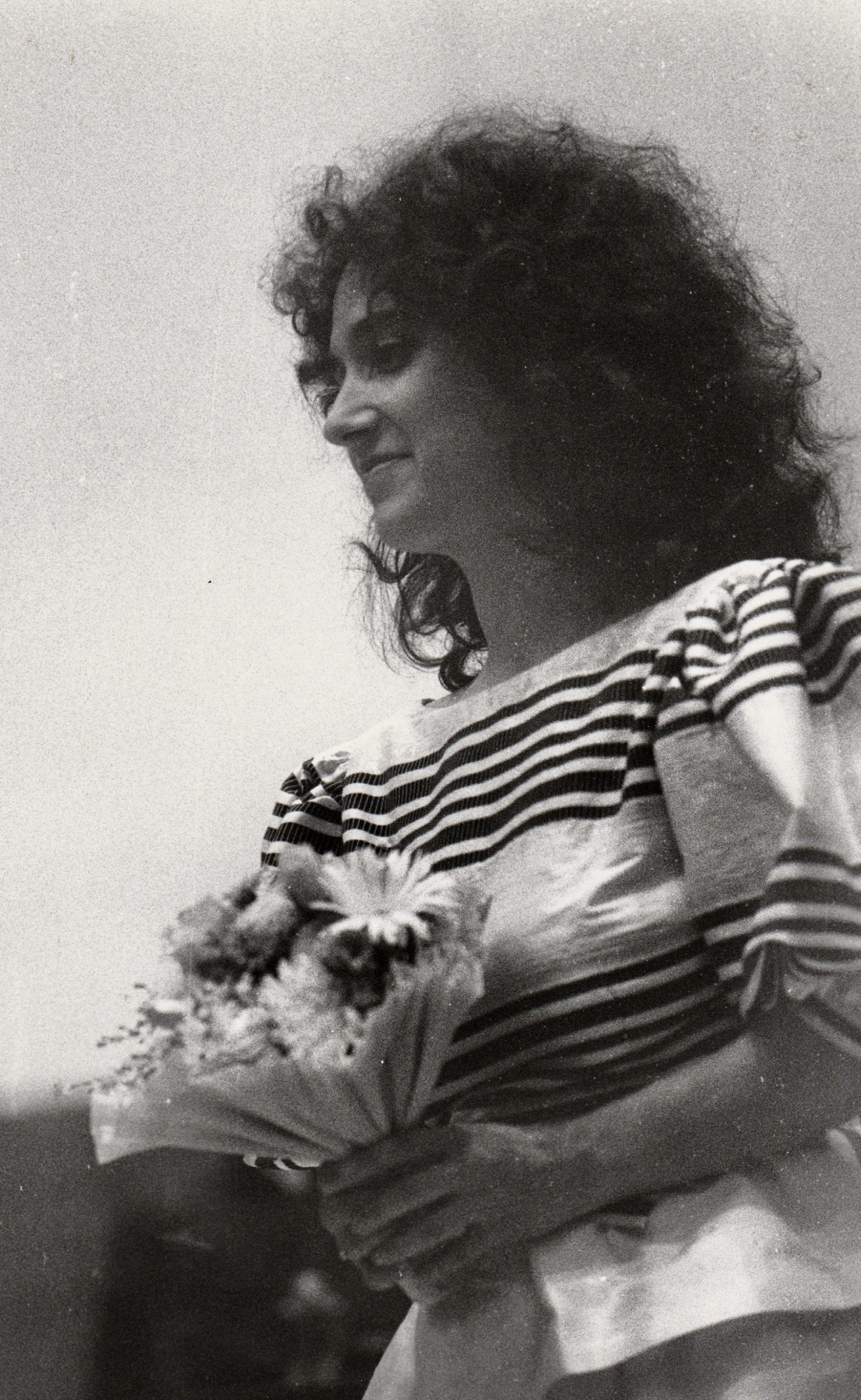 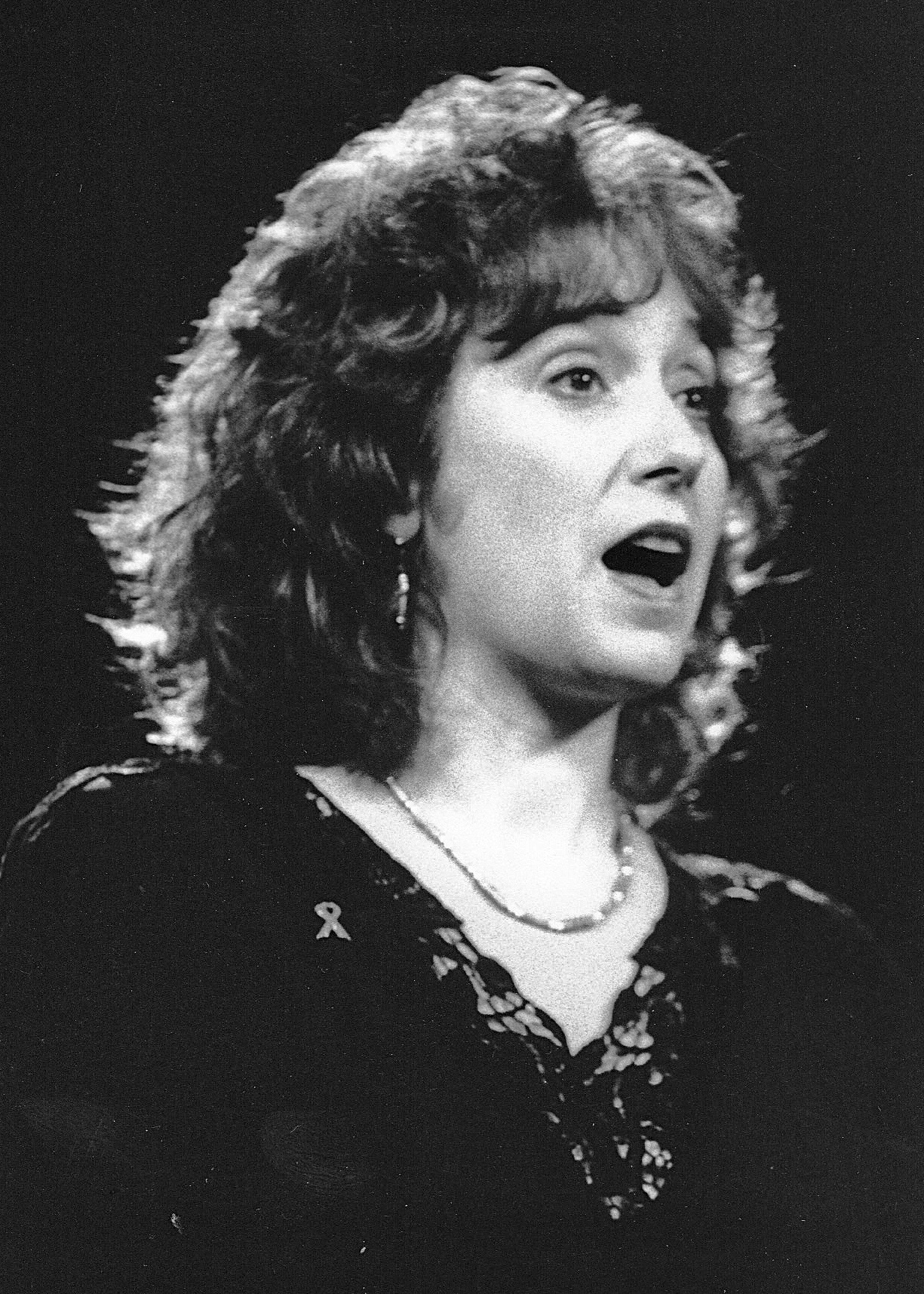 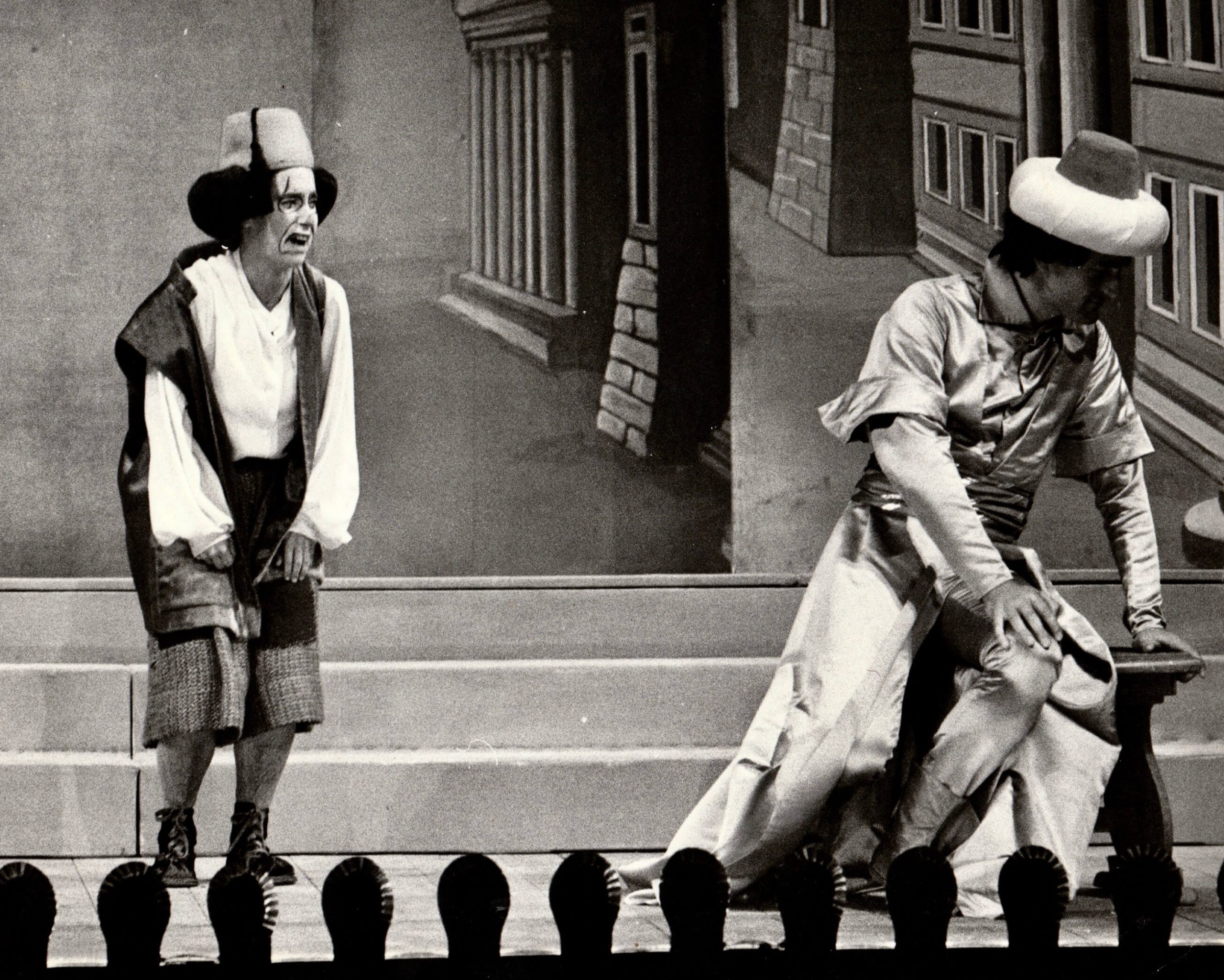 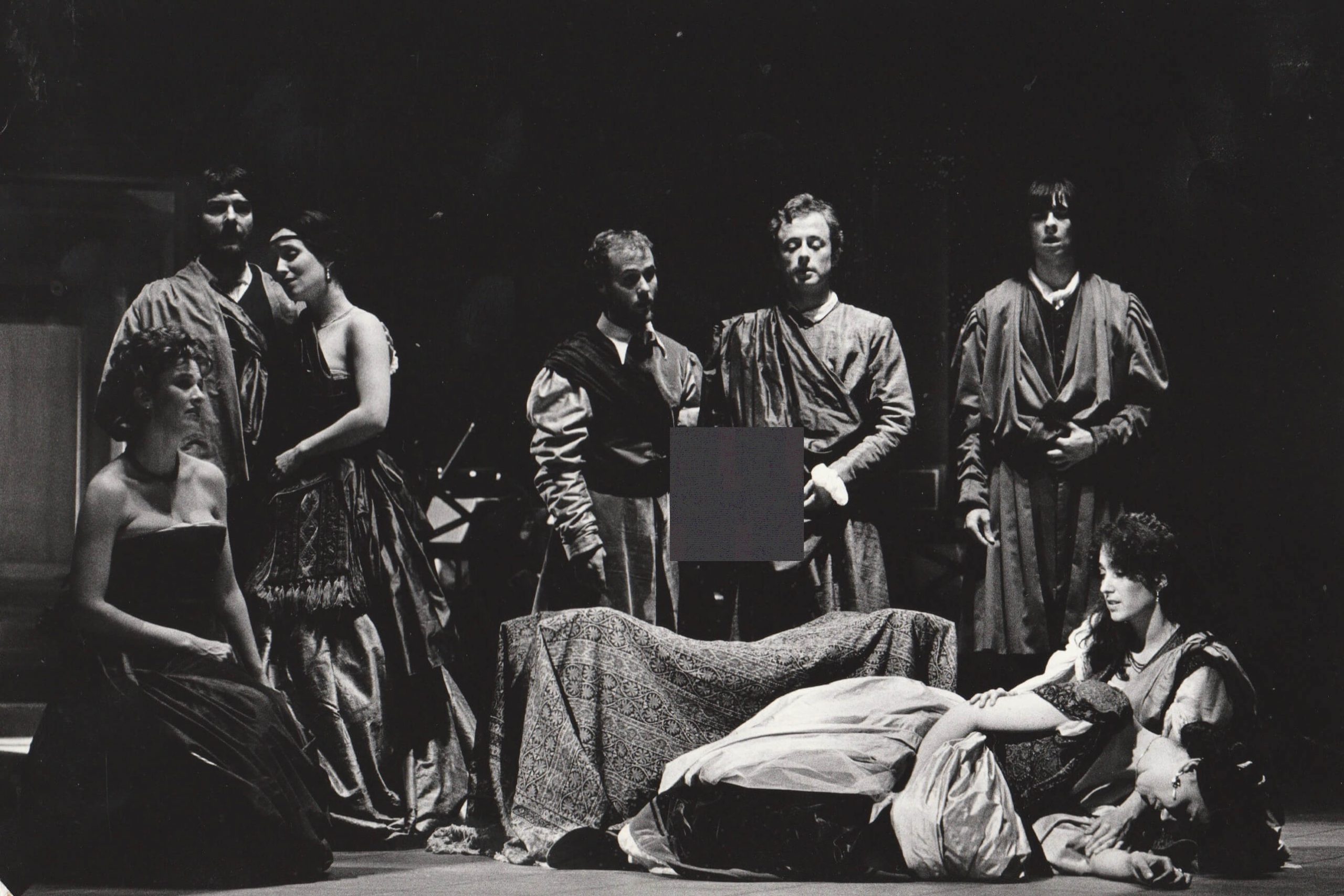 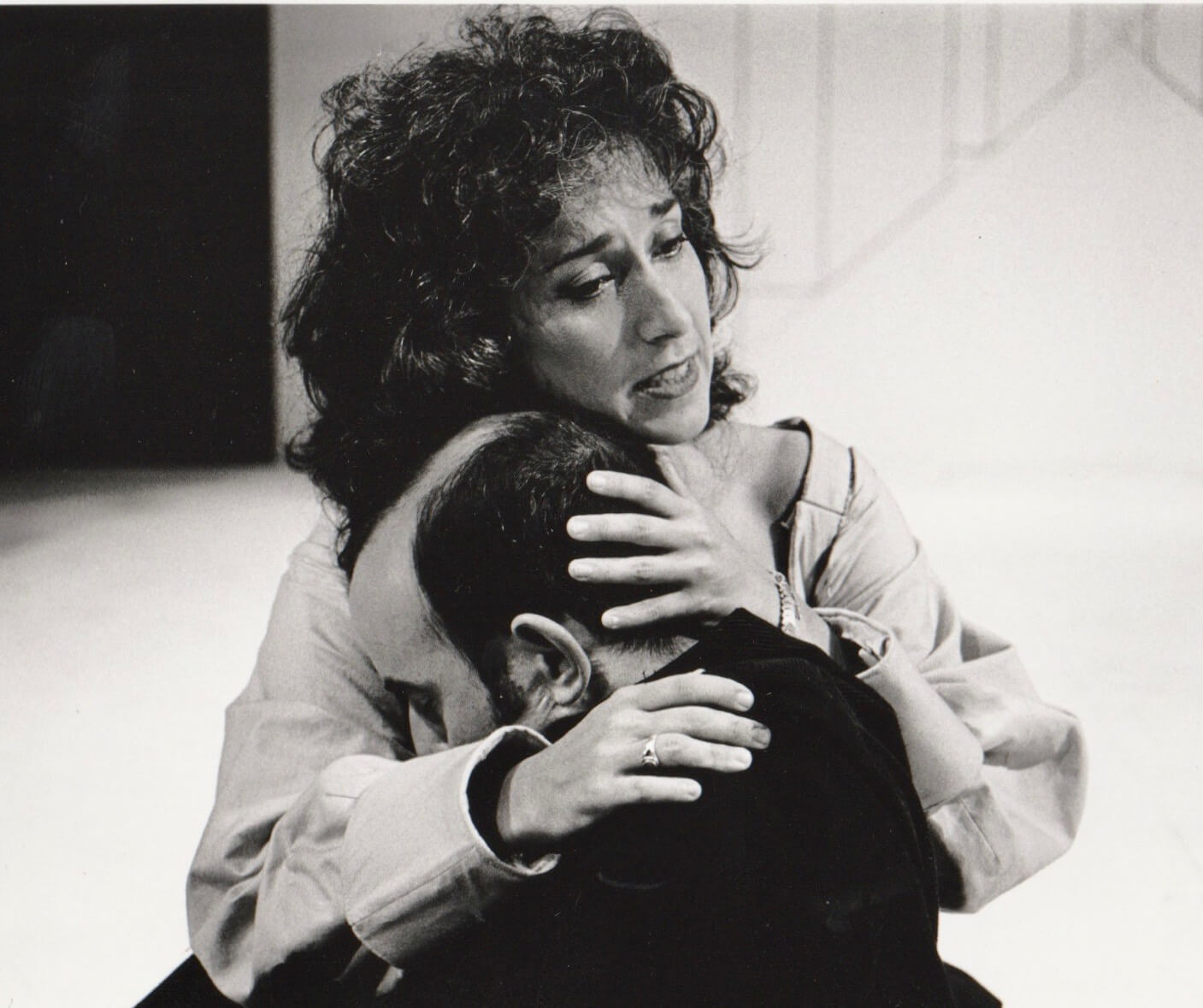 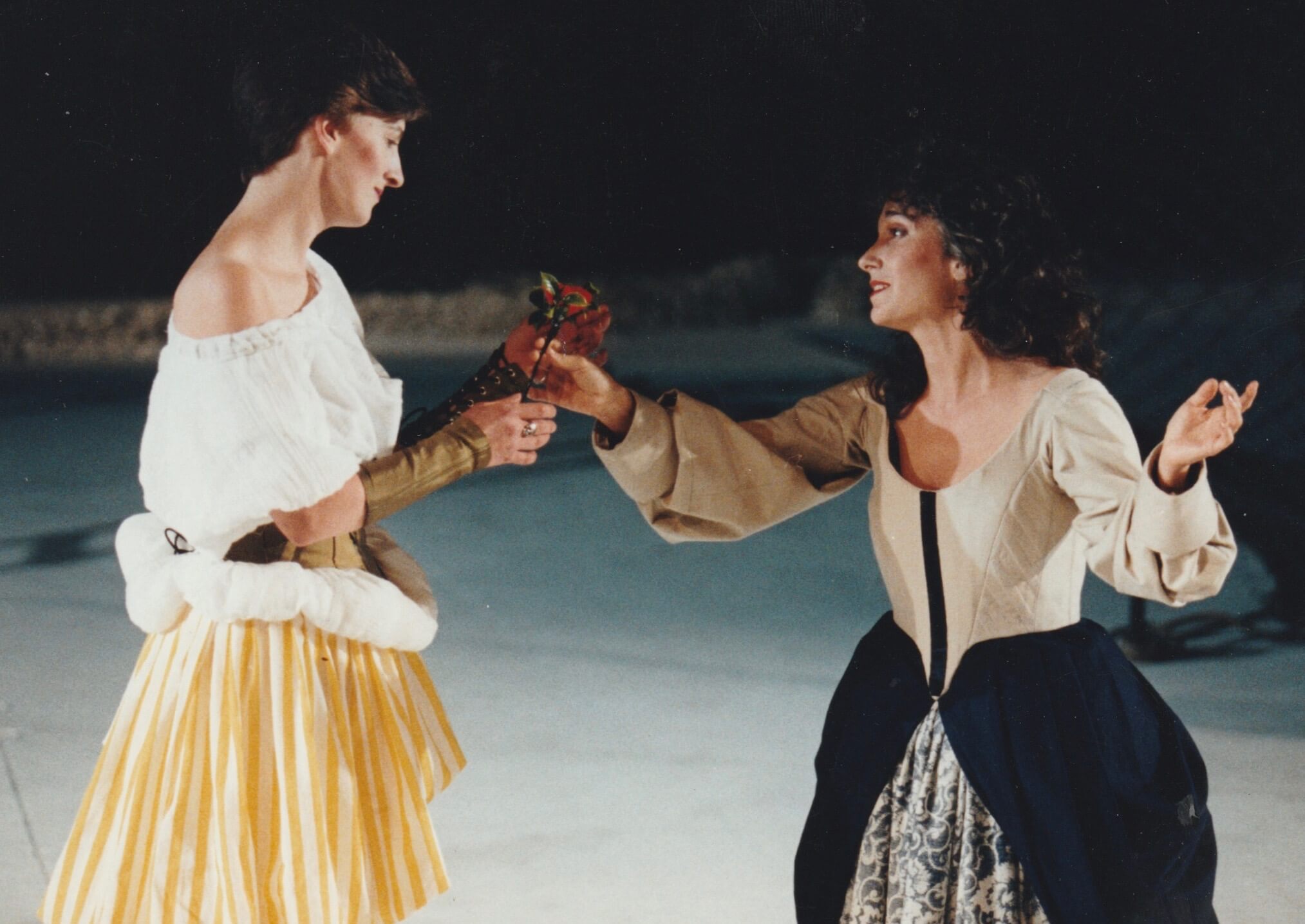 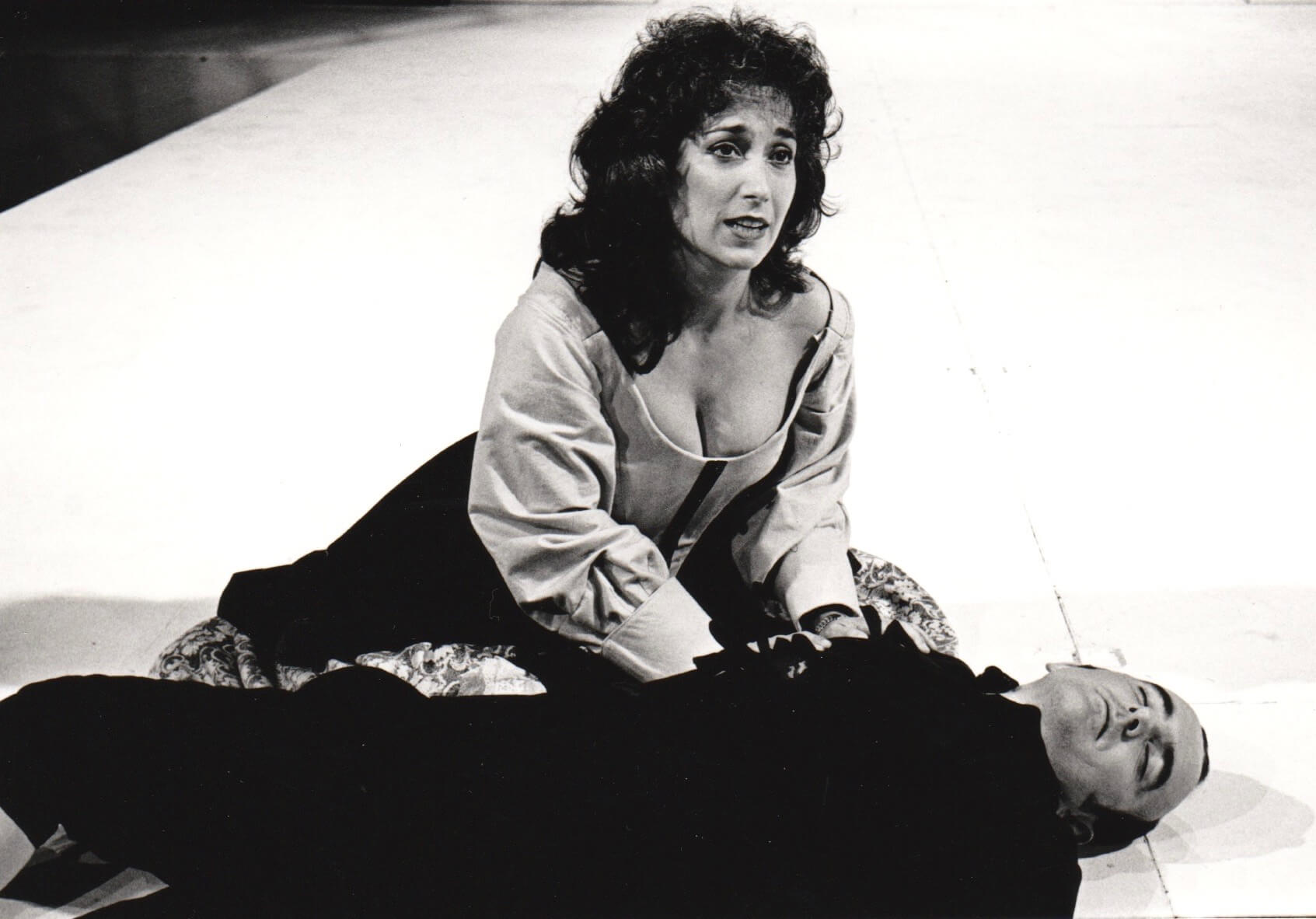 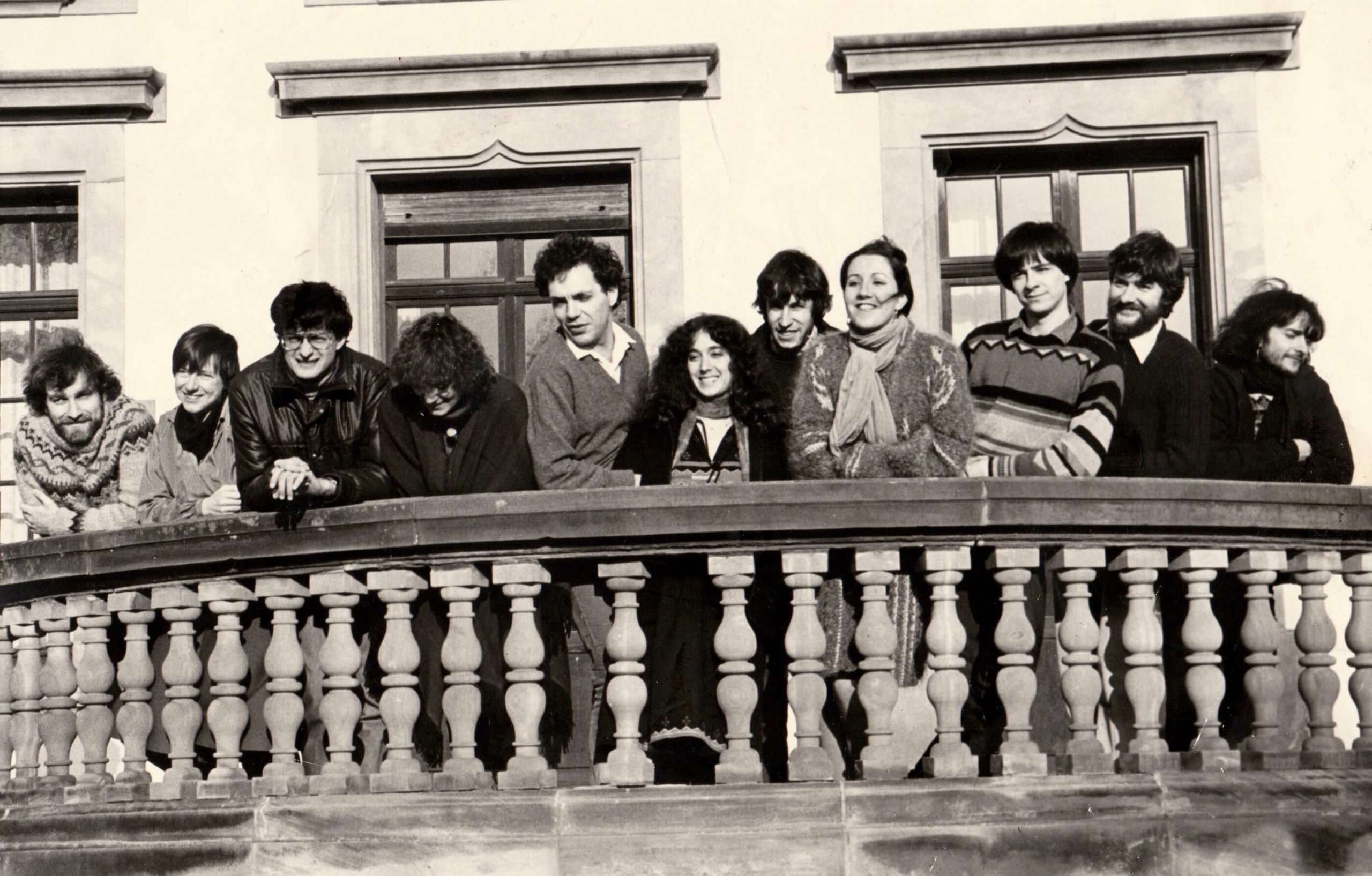 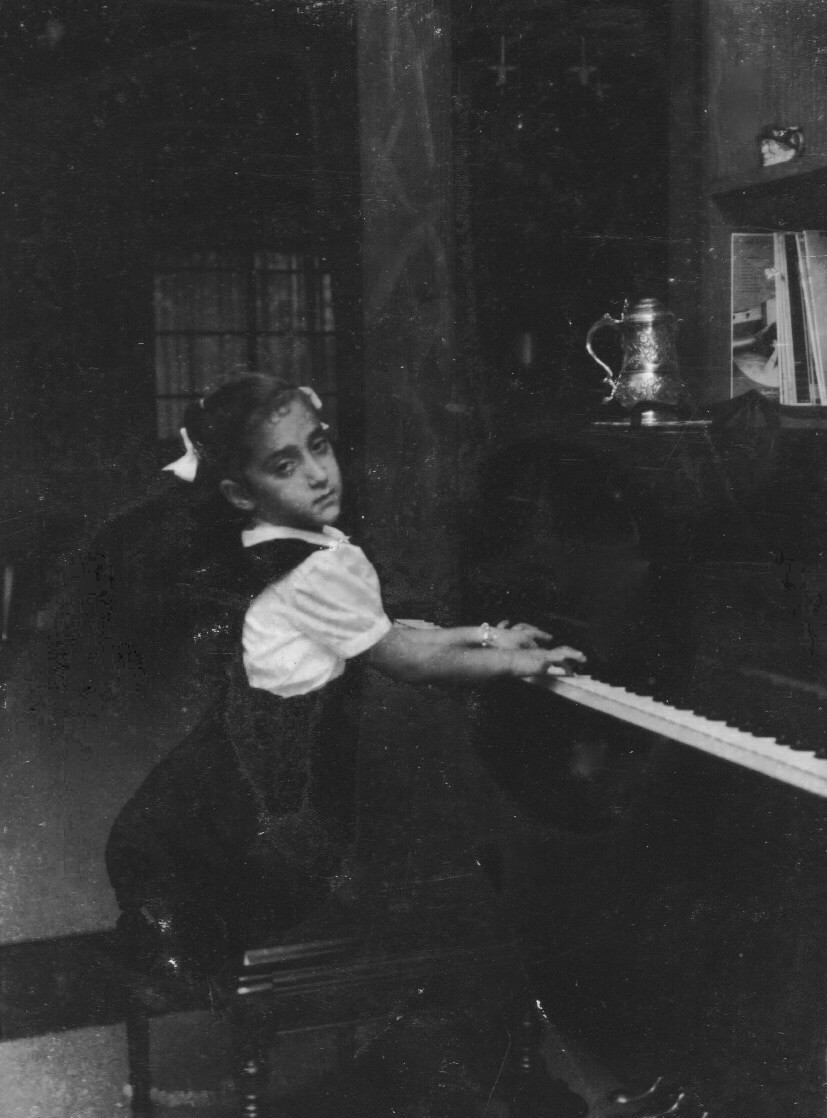 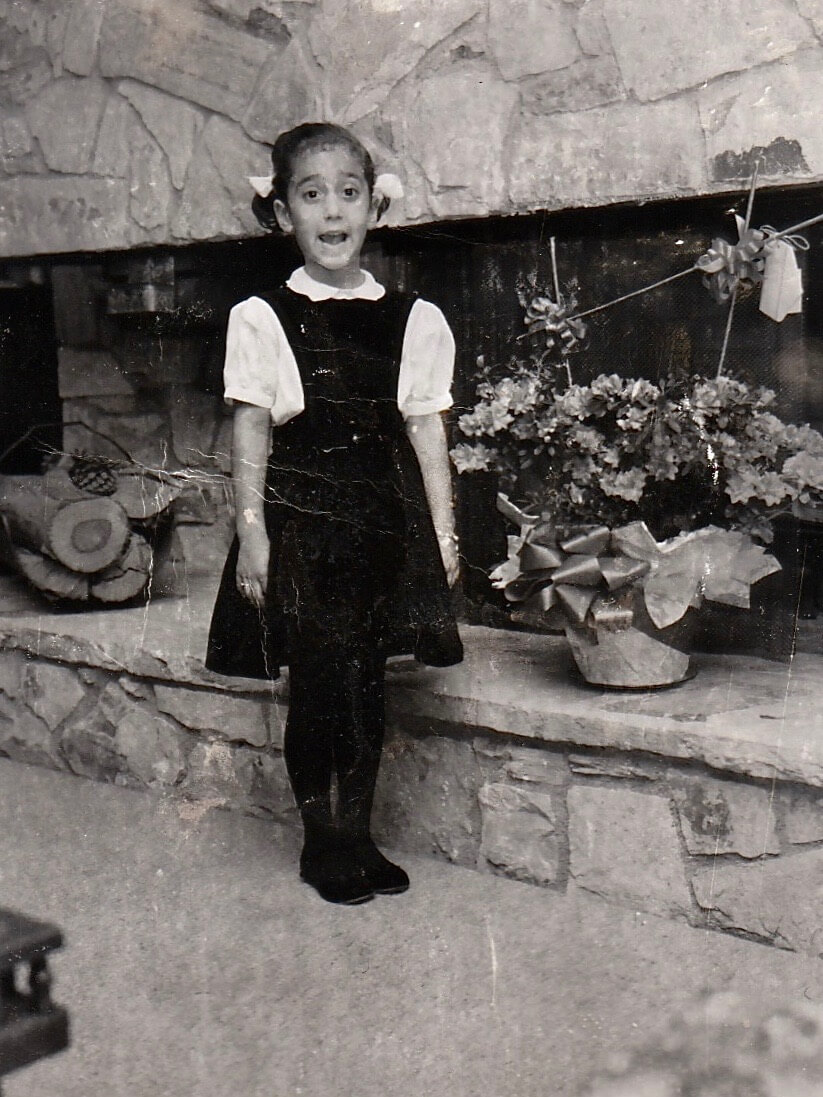 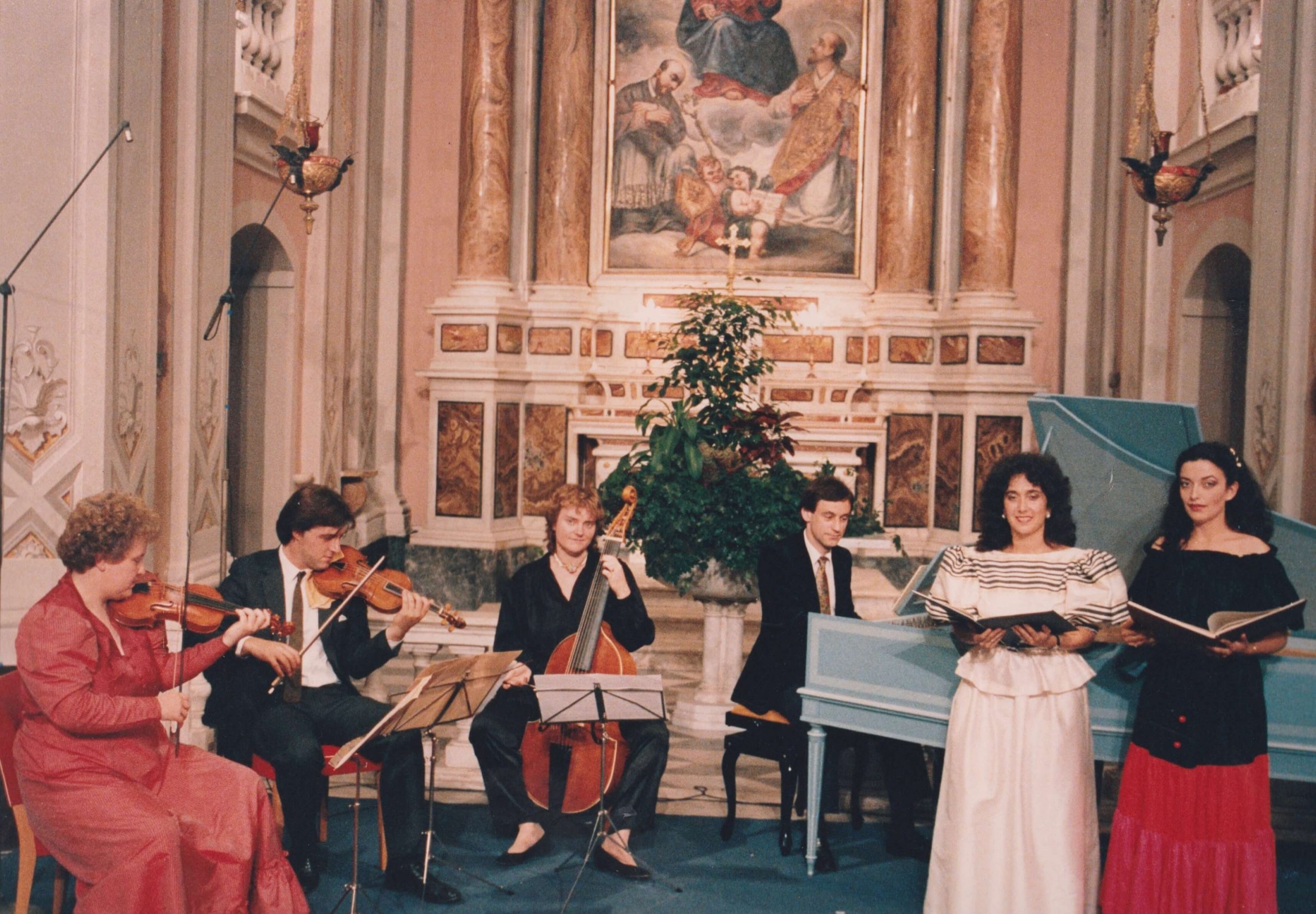 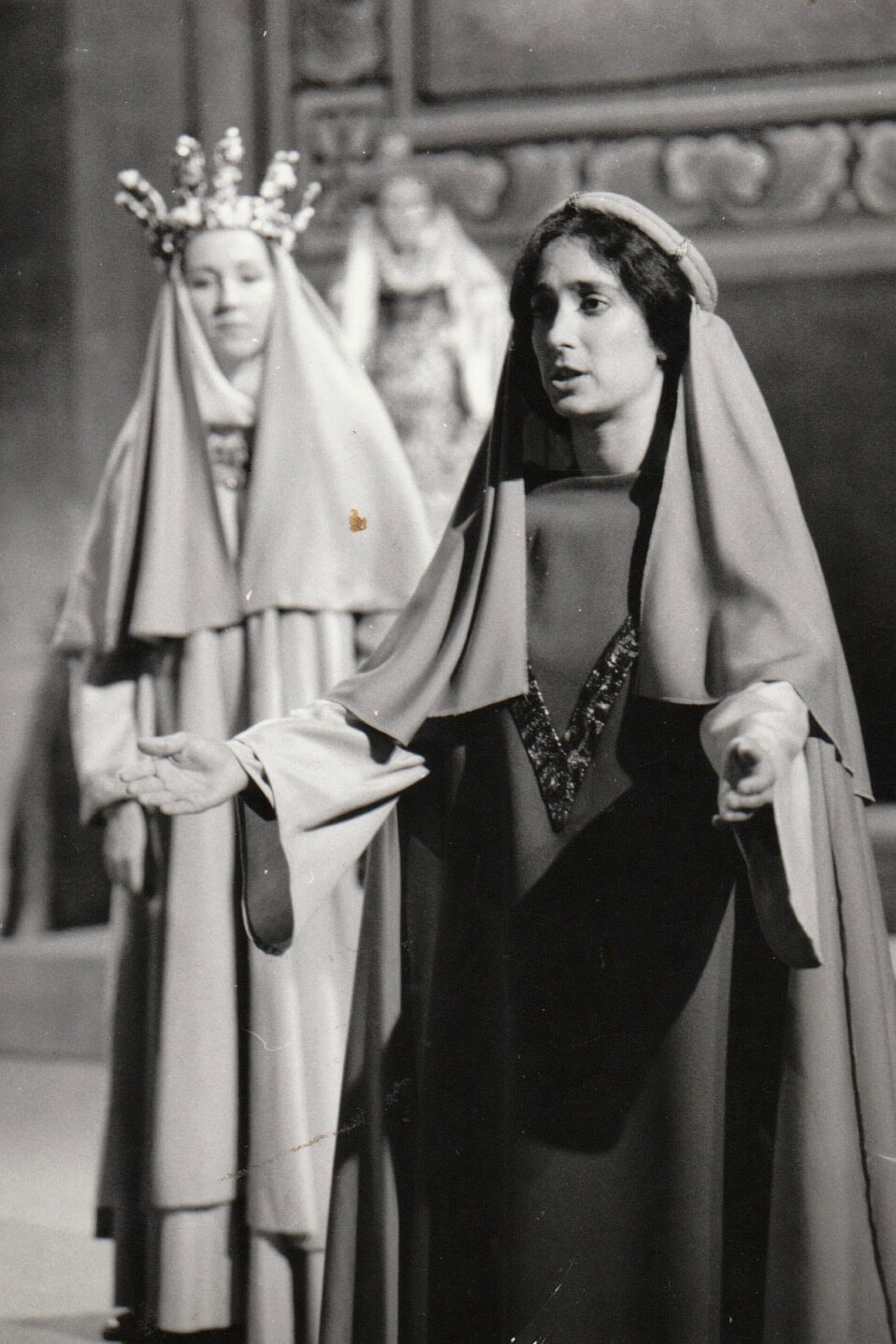 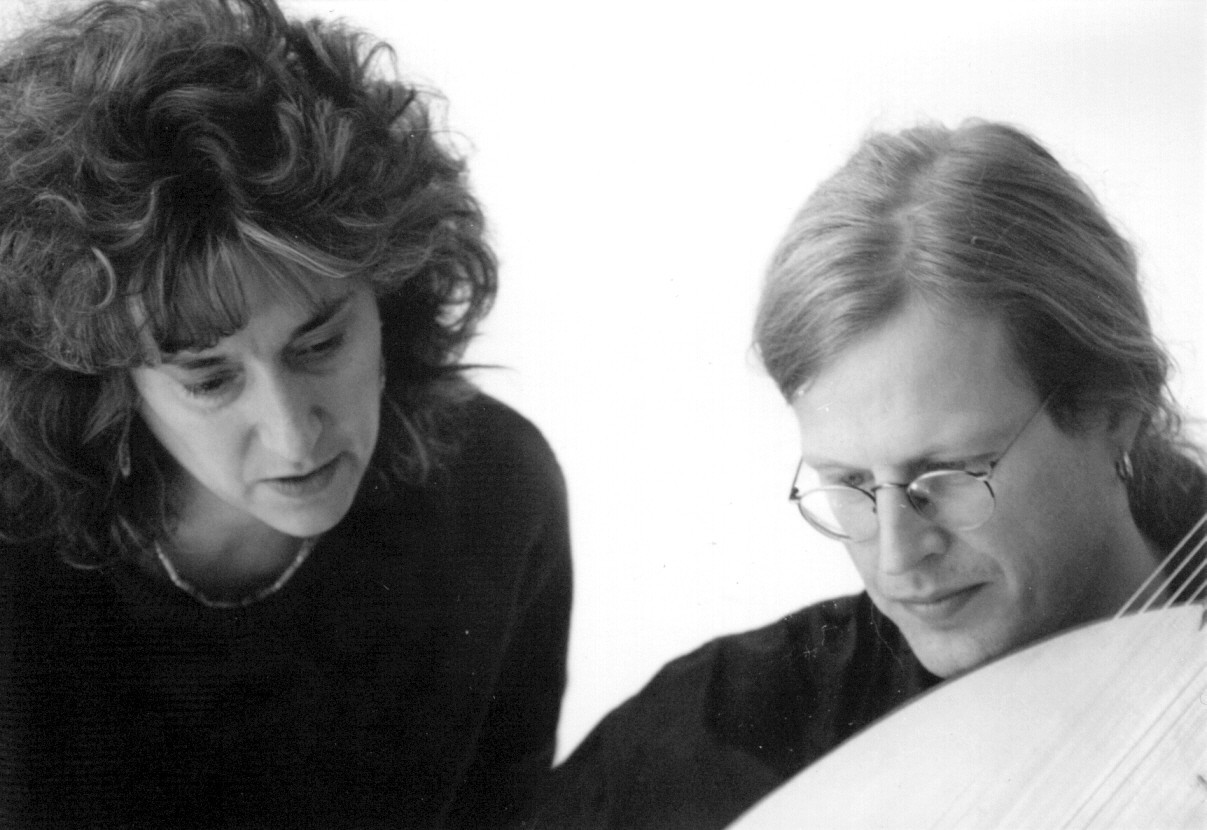 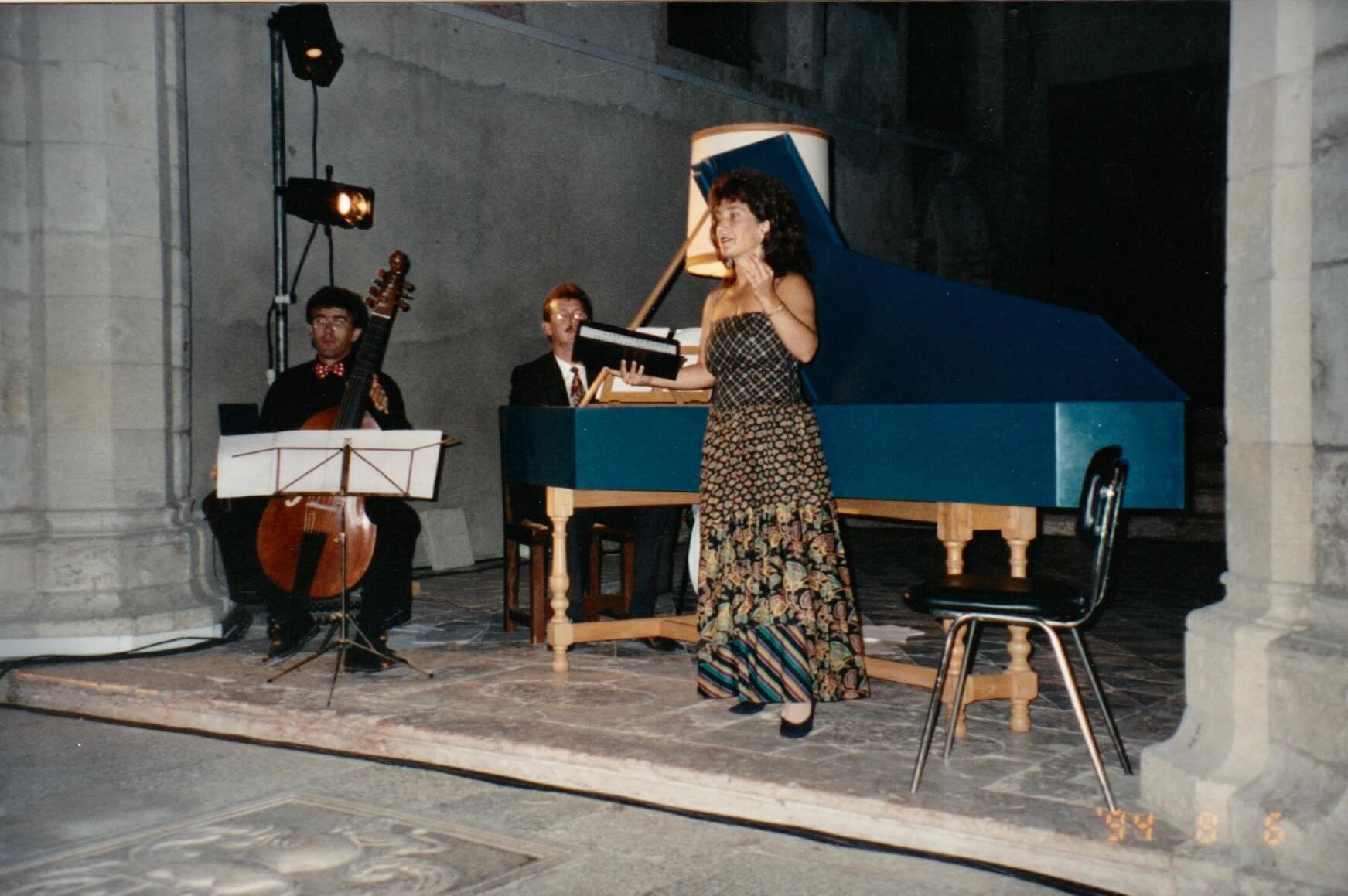 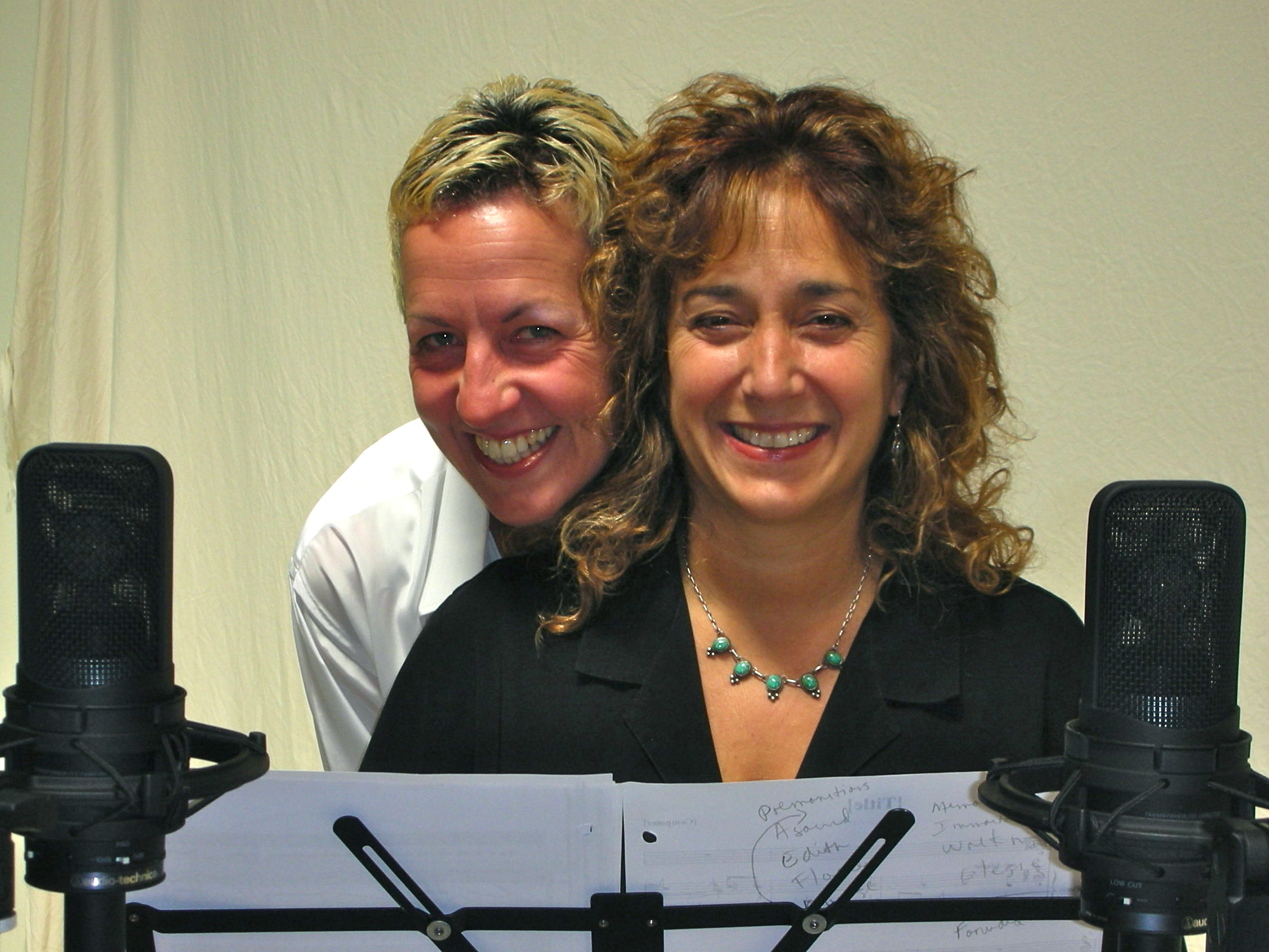 with Jeannette Koekkoek during Ives recording, 2006 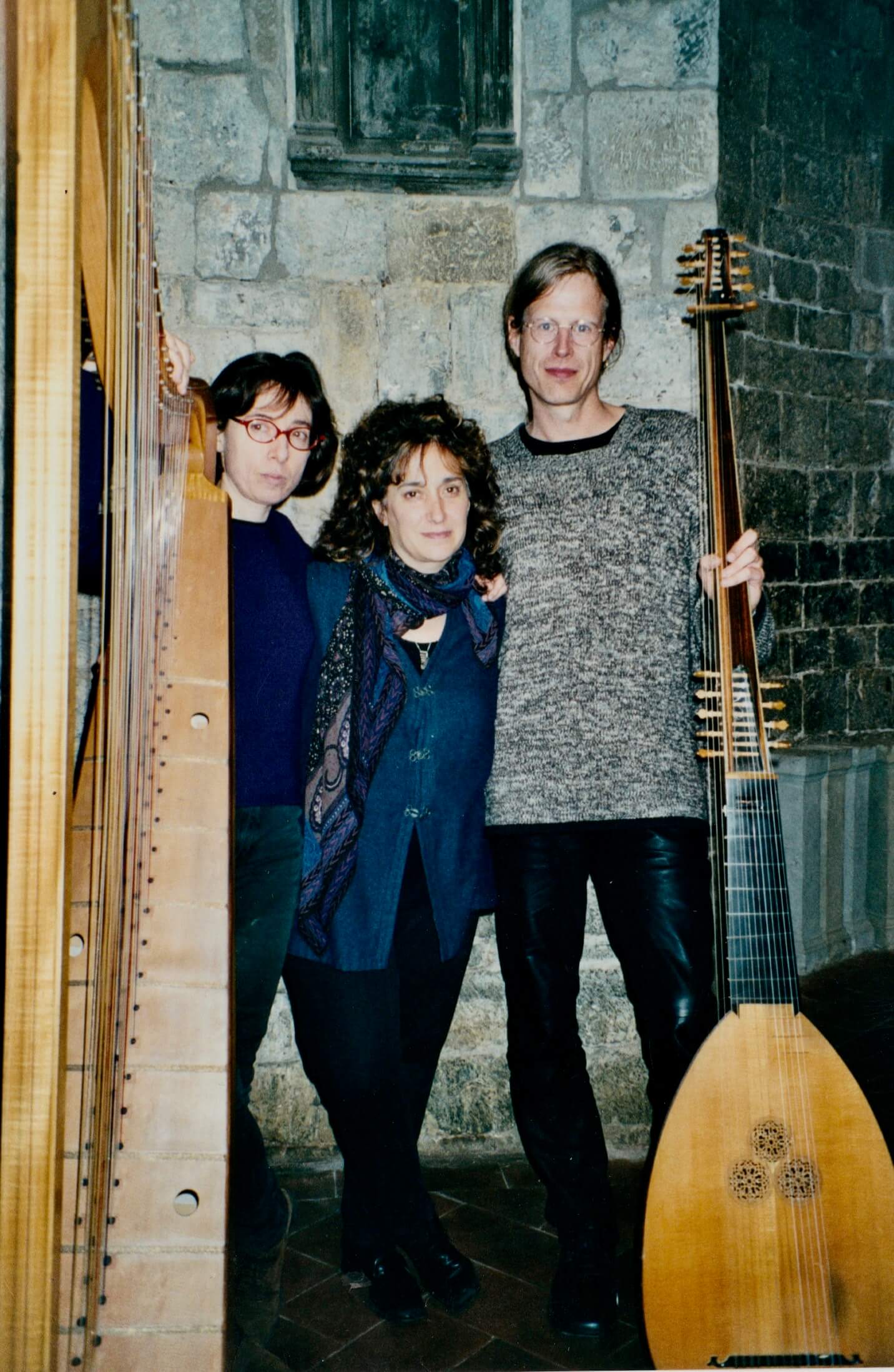 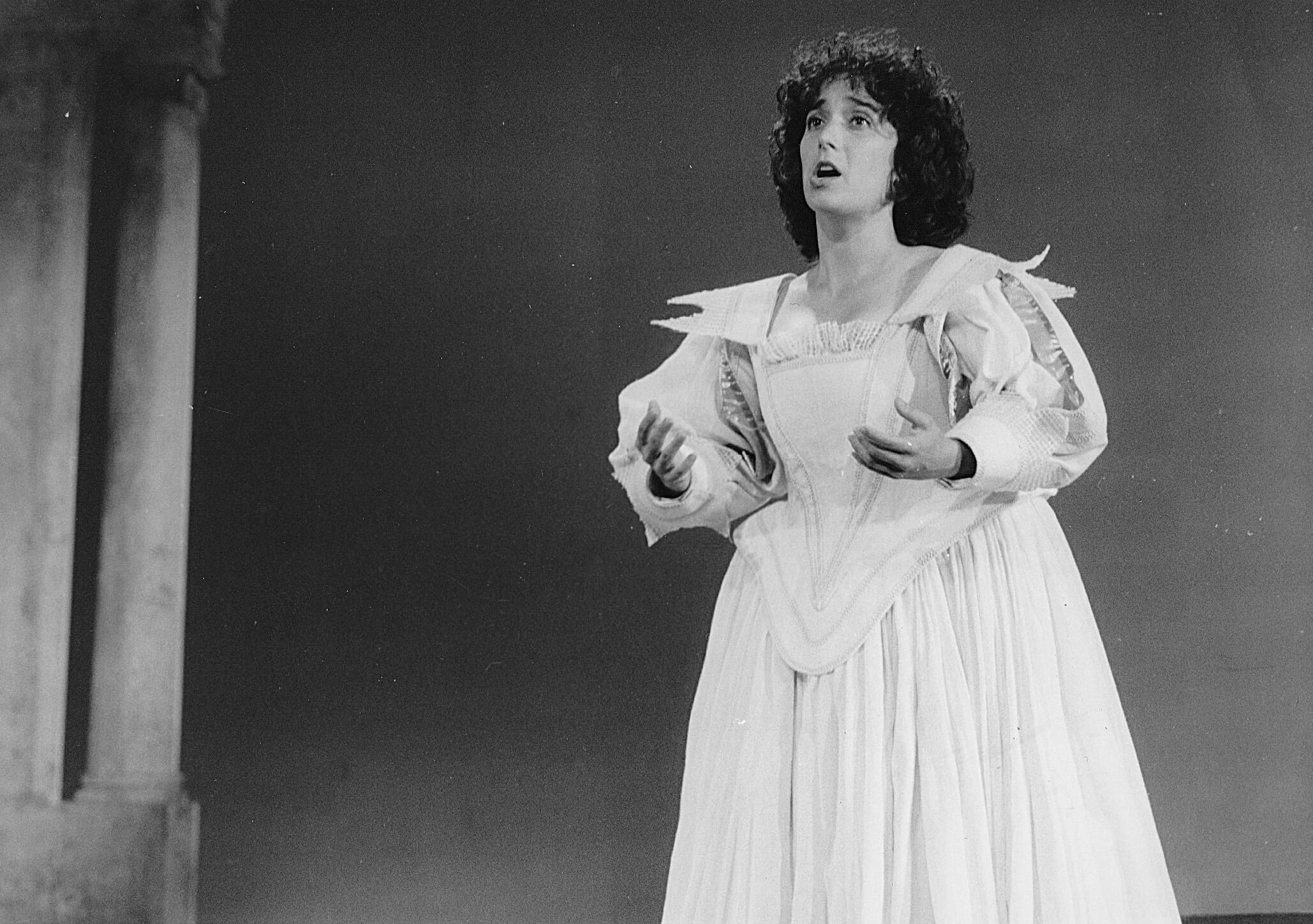 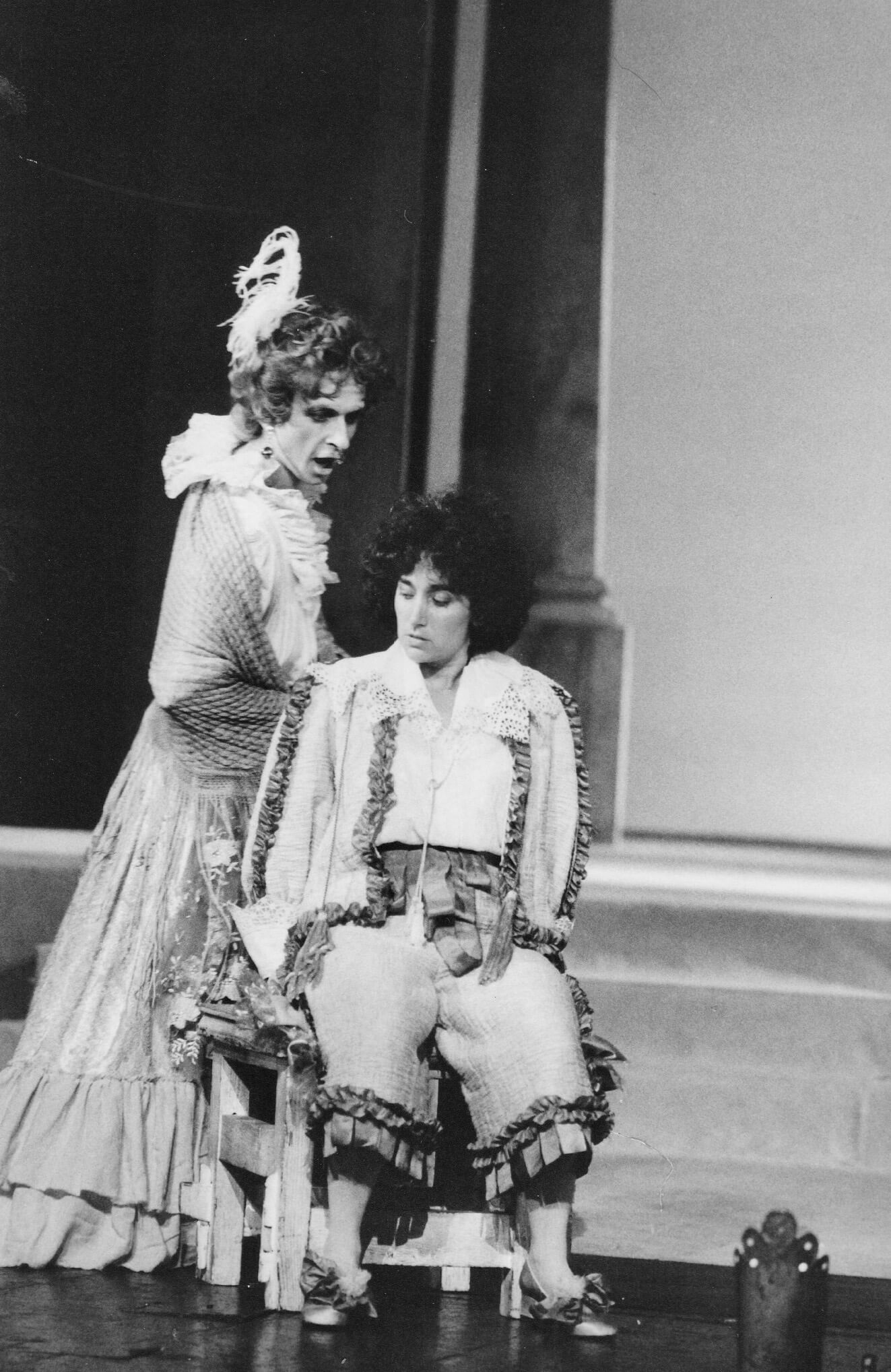 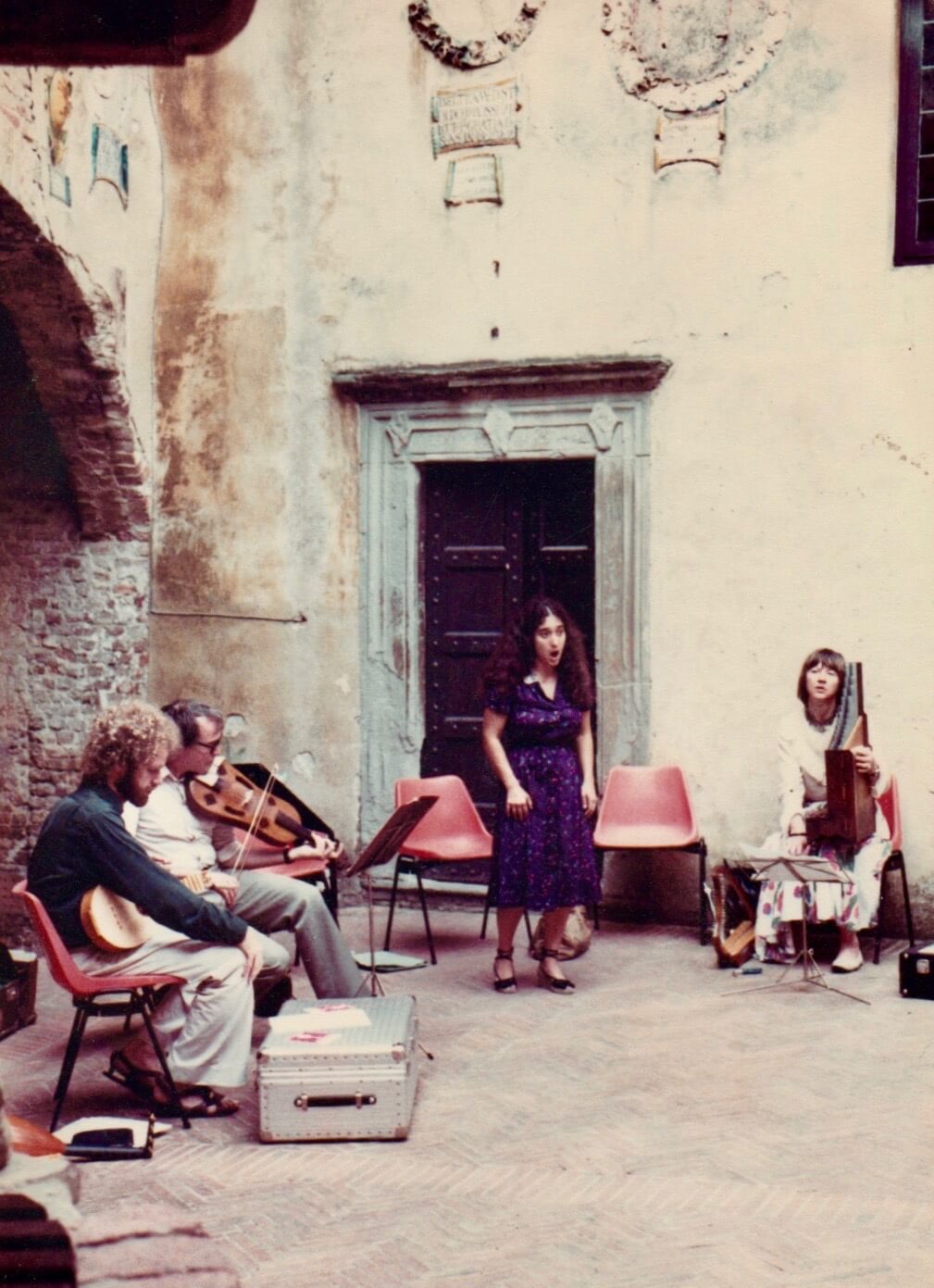 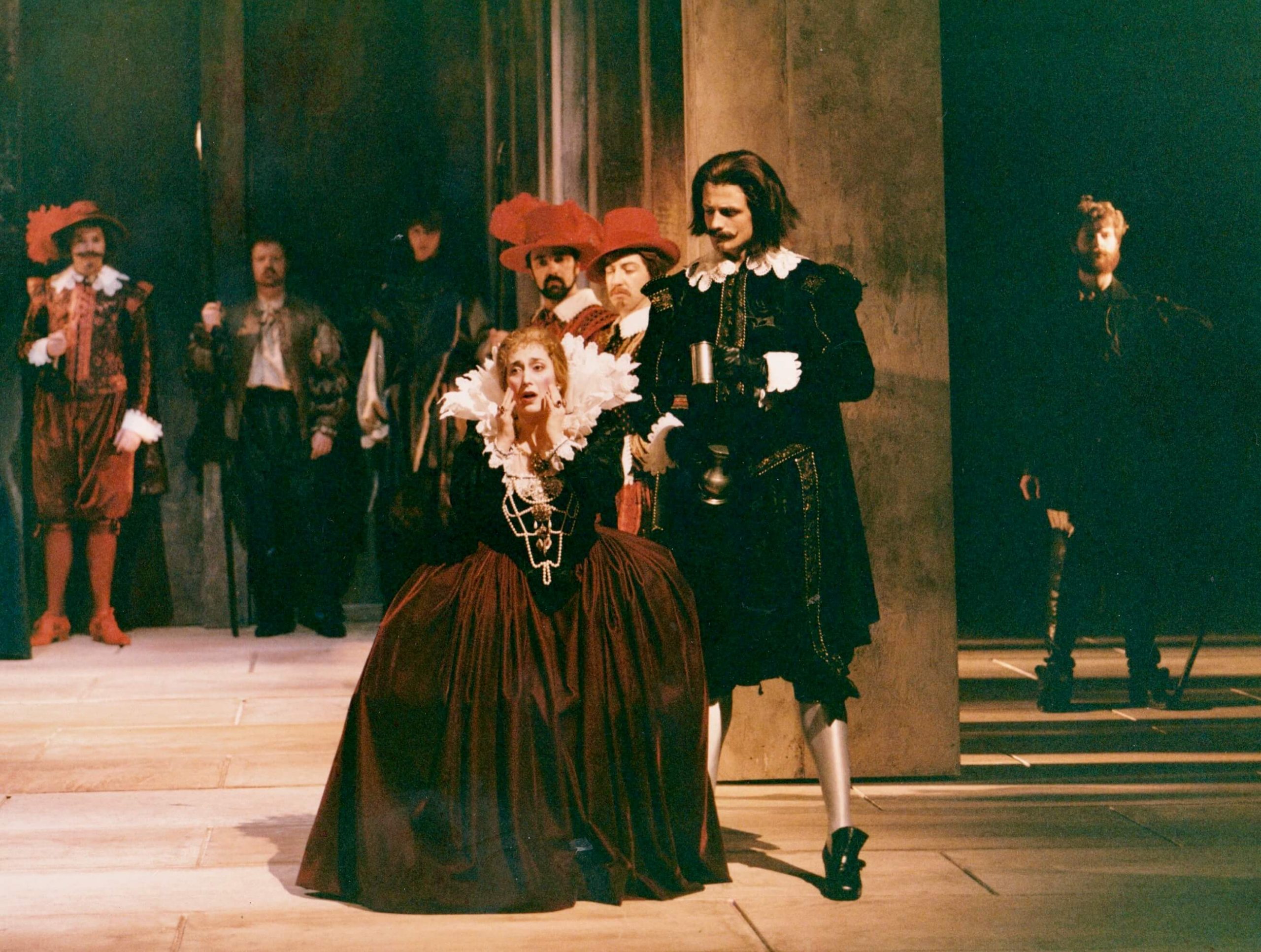 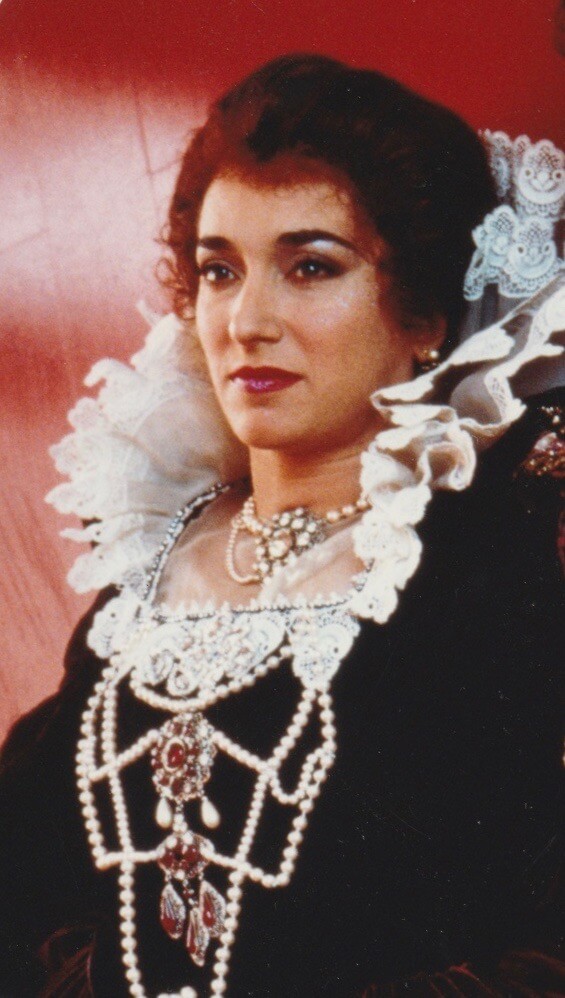 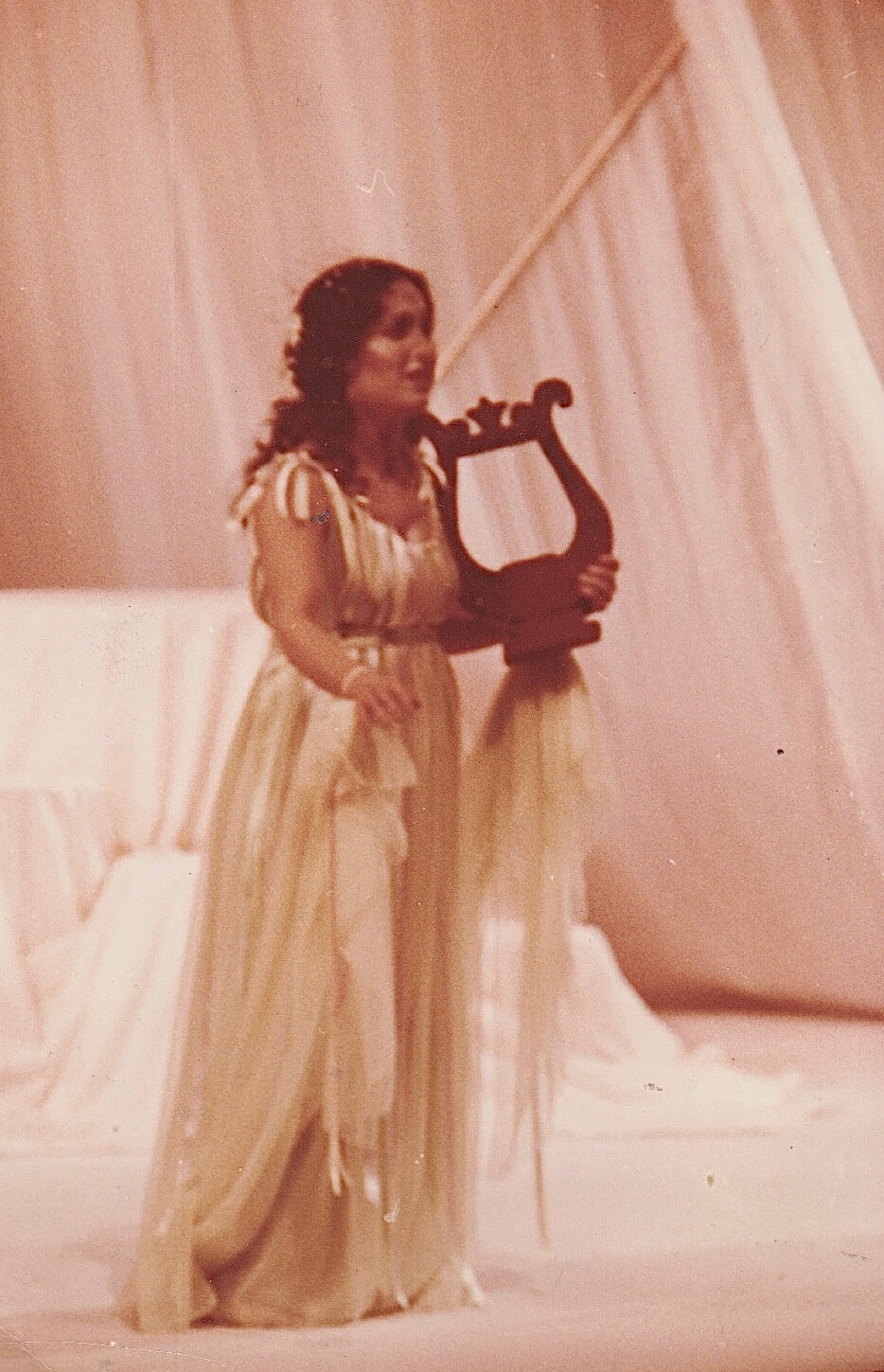 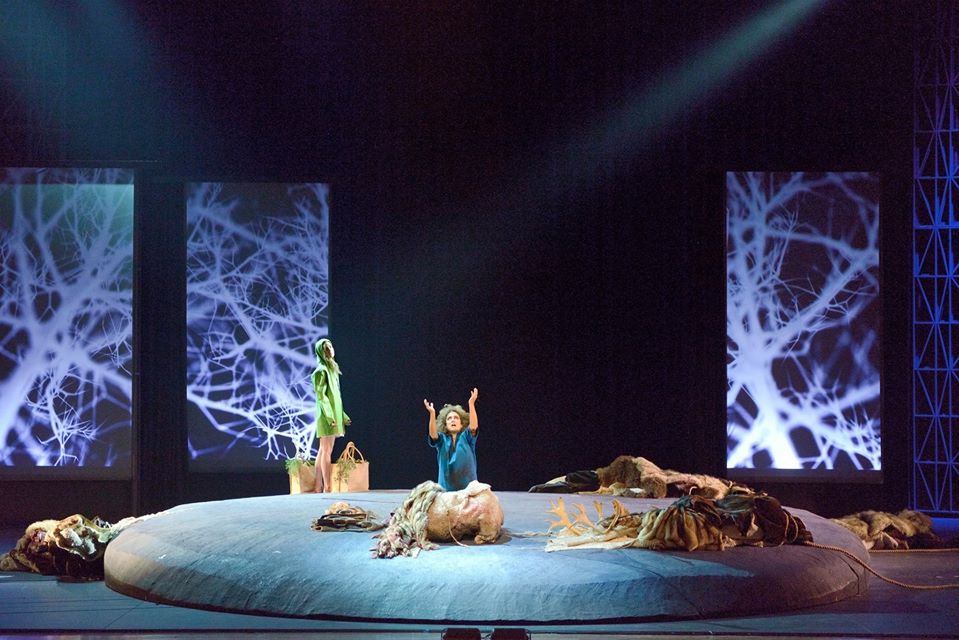