Roberto Gini, in his liner-notes to the Jenkins disc, states: “The practice of improvising passaggi on a polyphonic texture (madrigal or motet) was maintained in England during the seventeenth century, but it was applied to new Airs that did not necessarily exist in tablature, as was the case with the viola bastarda repertoire. Pieces were subsequently reduced to a bass line only, or ground bass, on which the instrumentalist recreated a composition for several voices at the keyboard. On this new composition the viol player improvised his passages, which in their basic scheme were an elaboration of the initial Italian practice”. This technique is explained by Christopher Simpson in his treatise The Division Viol.

Gini argues that both the lyra-viol and the division-viol are direct descendants of the viola bastarda. The former uses the tunings of the viola bastarda but – in contrast – applies them polyphonically and uses tablature notation. The division viol makes diminutions in viola bastarda style but uses the common tunings in fourths and a third. The interesting feature of this particular disc is that it is devoted to repertoire for two division viols. Gini mentions that the practice of passaggi for two viole bastarde is documented, but no pieces of this kind have been preserved. He believes that the English repertoire as played here gives some idea of what that kind of music in Italy must have been like.

Jenkins reached the exceptional age of 86 and saw the aesthetics change from the late Elizabethan era to the period we call ‘baroque’. These changes left their mark in his oeuvre. This disc includes six sets of an ayre and divisions for two viole da gamba and organ. The latter doesn’t play a basso continuo part; the composer only wrote down the upper and the bass part, and the organist had to fill in the two remaining parts. The basso continuo practice turns up in the fantasias and ayres – here put together in three suites) and the two sonatas for for two viole da gamba. The latter reflect the Italian practice of composing trio sonatas. The dance movements are inspired by the French style. It is impossible to assign a date to Jenkins’ compositions. However, the French influence suggests that they were written after the Restoration as Charles II came back from his exile in France where he had become acquainted with the French style which he preferred to the traditional English ‘fancies’.

The repertoire on this disc is fascinating and hardly ever played. At least I can’t remember ever having heard it before. Wieland Kuijken, Roberto Gini and Mario Martinoli deliver outstanding performances. The interplay between the two viols attests to the superior craftsmanship of the composer and the perfect understanding between the two gambists. This is a disc to treasure and not to be missed by those who like English music for viols. 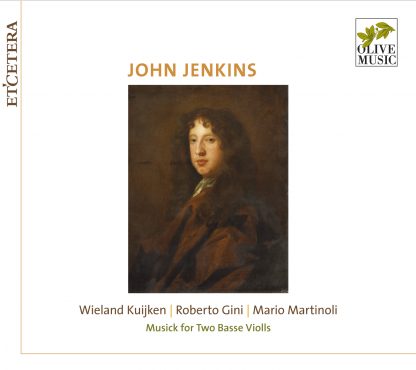