review
[-]by Mike D. Brownell
Though we may think first of the symphony, the string quartet, or the piano sonata when calling to mind the tremendous innovations Beethoven brought to a great many genres, the contribution of the ten violin sonatas should not be underestimated. In a titular sense, Beethoven always put the piano ahead of the violin. But in a more practical manner, he transformed the violin from an instrument that was merely along for the ride to one at the forefront of the musical interest, paving the way for generations of violin sonatas to come. This Et’Cetera four-disc set of the complete violin sonatas ideally captures the importance of the violin (played here by Sarah Kapustin) by balancing it at the same level or even slightly more present than the piano (played by Jeannette Koekkoek). The cleverly packaged set — which groups sonatas by dedicatee — features delightfully simple, uncomplicated interpretations that give listeners just what is in the score without the unnecessary clutter of excess rubato. Kapustin is exceptionally skillful in her use of dynamics, often using them in place of tempo fluctuations to shape phrases. Her tone is clear and present while still warm high on the E string. Intonation and other technical elements are generally solid, though her playing occasionally sounds strained when playing double stops. As an introductory set to these great sonatas, this is a solid choice. 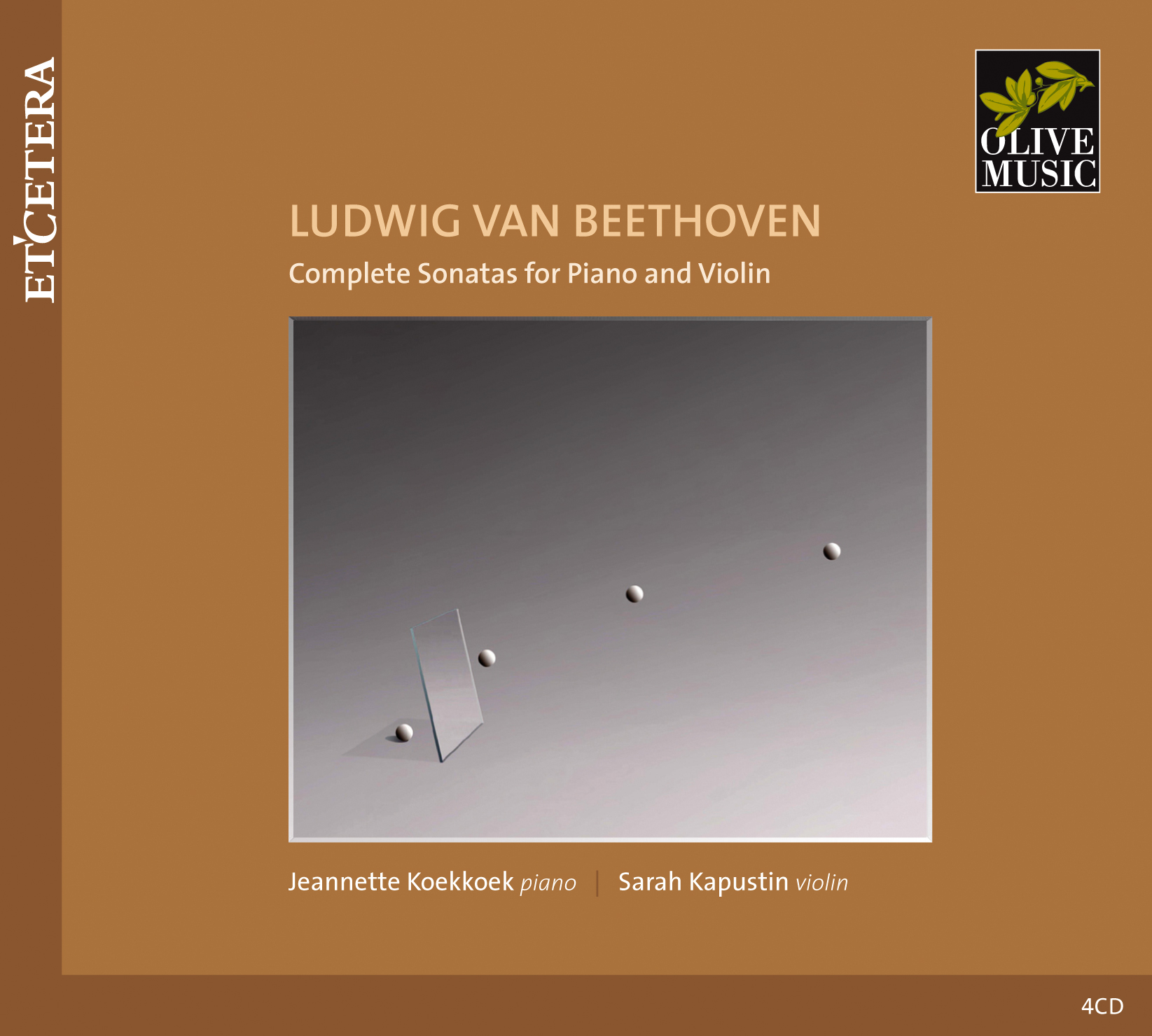